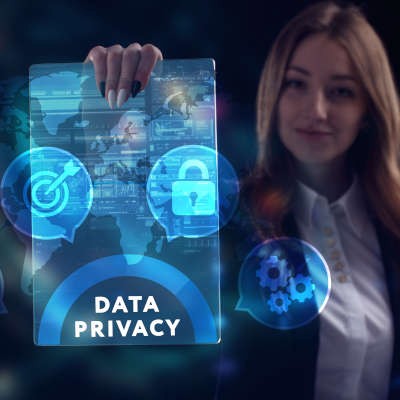 As a consumer, how concerned are you about the care that businesses give to your data privacy. Very? You aren’t the only one. 87 percent of Americans see their data privacy as a human right.

However, despite these views, most people are far too lax when it comes to their own security. Let’s take a closer look.

Consumers on Businesses and Their Data Practices

In a recent report from advisory firm KPMG, the results of a survey that asked American consumers about their expectations of corporations and the privacy of their collected data were revealed. These results showed a few concerns very clearly, while revealing that not all respondents were fully aware of today’s most pressing cyberattacks.

While this sounds like a decent start, the survey’s results showed a bit of hypocrisy. Most users agreed that repeating passwords, saving credit card information to a website, and using public Wi-Fi are risky behaviors, but more than 40 percent of them did these things anyways. 61 percent neglected to use all available tools to secure their accounts, as well.

What We Can Learn

It doesn’t matter if it’s your data at stake, or your business’… your highest priority needs to be your security.

In another study, this one conducted by Harvard Business Review Analytic Services, it was shown that almost half—46 percent—of consumers surveyed had stopped doing business with a retailer because of issues with that retailer’s privacy statement.

Are you willing to let half of your client base abandon your business?

It just goes to show that, from the consumer’s perspective, it is our responsibility to make sure that companies are accountable for the data they collect. From the business standpoint, it shows that data security is something that can’t be slapped together or neglected. Is ensuring data security simple? Far from it… but when compared to what you risk otherwise, it’s a no-brainer.

BNMC is here to help. We can help you to implement the security solutions and processes that will help protect all your data. To learn more, or to get started, call our team at 978-482-2020 today.

More posts from author
Monday, September 21 2020 Understanding FinTech and Its Impact on Businesses
Friday, September 18 2020 Where Can a Business Find Analytical Data?
Wednesday, September 16 2020 Tip of the Week: The Very Basics of Computer Cleaning