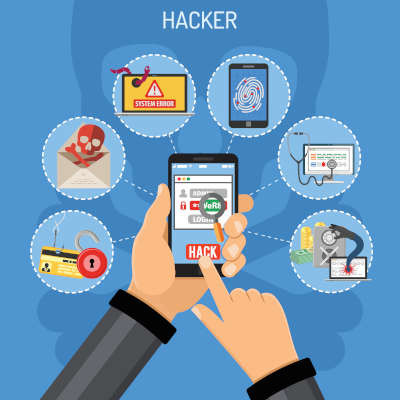 Cyberattacks continue to be a major problem as scammers send out billions of phishing messages a day. While it doesn’t really sound that nefarious it can be a major problem for a lot of people. One version of phishing, the absurdly labeled smishing, is gaining traction and presents another avenue of attack for hackers.

Smishing is still phishing; it is just done from an SMS account (thus the name). Typically phishing is executed through telephone messages or email, but today with so many people using mobile devices for work, text messages are used to quickly communicate.

Typically, the attack will come in the form of a vaguely worded message from an authority figure. This not only pulls the wool over the eyes of the recipient, it does so by using someone they fear or trust to facilitate action.

With many people keeping a lot of proprietary or sensitive data on their phones, if a hacker were to gain access to it, there is a lot of havoc it could wreak.

How to Spot a Smishing Message

Identifying a smishing message is a little more difficult because of the nature of a text message. You typically don’t get text messages from scammers if you’re lucky so any person could be fooled by this avenue of attack.

Security has to be at the forefront of every employee’s mind to keep unwanted malware and scammers off of your business’ network. To learn more about smishing, phishing and more avenues of cyberattack, return to our blog regularly.

More posts from author
Friday, January 22 2021 A Lesson from The Lego Group About Building Up IT’s Capabilities
Wednesday, January 20 2021 Privacy and Security Are Major Considerations When Choosing Messaging Apps
Monday, January 18 2021 How 5G Could Shape the IoT