Tip of the Week: How to Deal With All the Robocalls 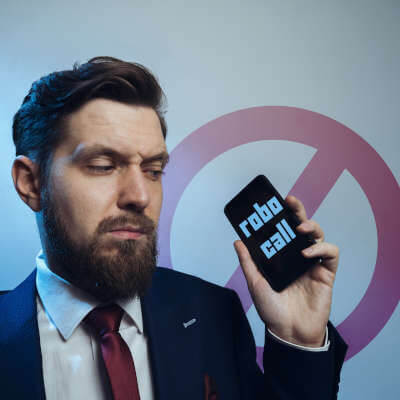 Many people have fallen out of the habit of answering their mobile phones when they receive a call, simply because of the rising prevalence that scam calls have seen in the past few years. While these calls are undeniably annoying, they can also be dangerous, which is why it suits your interests to prevent them as much as possible.

Fortunately, there are many efforts actively being carried out to quell these calls. Not only have all four major carriers in the United States put free spam call blocking into action, the Traced Act passed in 2019 enables law enforcement to fight back. Google and Apple alike have incorporated more protections into their operating systems to help redirect spam calls and prevent unknown callers from making contact.

More tools and similar features are currently in development as well, and the Traced Act has yet to fully go into effect. These are all clear indications that something is being done—it’s just a matter of time before it fully generates real change.

In the meantime, let’s go through some of the basic steps to help minimize the frustration of dealing with robocall spam:

Of course, these tips aren’t going to work for everyone and their use case. For instance, those who rely on their phone for business could easily have unknown callers calling that are legitimate potential customers, which means they really do have to answer their phone. In this case, we recommend the following:

Consult with Your Carrier’s Options

While we aren’t thrilled that call blocking and other such services incur an extra fee, a few dollars a month may be worth the investment to you.

With the merger between these two carriers, there are a few advantages that this actually brings you as a user. Sprint’s Call Screener is currently free for their customers, and soon Sprint subscribers will have access to T-Mobile’s free Scam Shield and its benefits—including full caller ID and proxy numbers. Sprint’s Call Screener Pro is currently available for $3/month and will label, block, and report scam calls.

AT&T offers a free and paid version of their Call Protect application, which can block spam numbers or even all unknown callers. Shelling out $4 each month for the paid version also gives access to things like caller ID and other perks.

If a Verizon customer uses an Android, they may already have the carrier’s Call Filter application installed (which can be found in the iPhone’s app store as well). The free version filters out spam calls and maintains a log of what has been blocked, and the $3/month paid version adds caller ID services.

If you utilize a different wireless carrier, make sure you check their website or call their support services to find out what they offer in terms of spam blocking.

Of course, there are also independent applications that a user can install to help quell these spam calls further. Take, for instance, Hiya. Developed by the same people behind the AT&T Call Protect app, Hiya can be downloaded for free on either Android or iOS. Samsung uses a technology that Hiya inspired to power their call-blocking services.

Likewise, the hilariously-but-fittingly-named Nomorobo application (available for $2/month) is based on Verizon’s technology. iPhones can support a particularly useful app called Firewall, which also provides a user with one-use throwaway numbers to help keep their personal number private.

Where Does This All Leave Us?

While nothing is going to completely stop all robocalls while they remain profitable to those who send them, a little vigilance will go a long way. Resist the temptation to react, as you’ll only be wasting your own time.

As we said, vigilance will be key. For more ways to keep your IT more secure and productive, make a habit of checking back here on our blog.